I’ve been posting about this on Facebook, but my epic quest for a MacBook Pro has finally come to an exciting and rewarding end. I told myself before I started my search that I wouldn’t buy from Craigslist because you never know what kind of people you’ll find and what kind of junk could be left on a computer. Well, I abandoned that logic when I realized the prices there were SO much better than anything else I had found. However, I had to run the gauntlet to get the awesome computer and price that I finally did.

After almost losing $5oo bucks to a scammer, being mailed a broken plate instead of a computer, meeting up to check out a 13″ that just wasn’t what I wanted, driving 30 minutes with my baby girl to meet a no-show, trying to bid on a few Ebay auctions and realizing the final prices were WAY too high for my wallet, and being late to the game on multiple computers I was really excited about… *gasp* I finally have a 15″ Pro that I absolutely love, and it was worth every penny. 😉 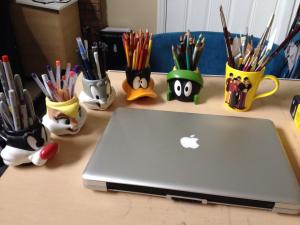 My first hour or so with it, I was overwhelmed trying to figure out the differences between my new Mac and all the PCs I’d ever known. I’m still trying to pour all the PC out of my brain. But it’s fun to learn something new. And now, playing around with Photoshop has been a blast. I hooked up my medium Wacom tablet, and have been flying along. Here are my first couple pieces from my next project: 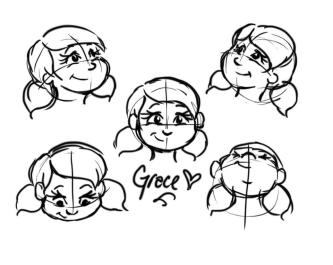 Hopefully, I’ll be posting a lot more often now, so stick around to see what happens!

Trying to be a fast learner,